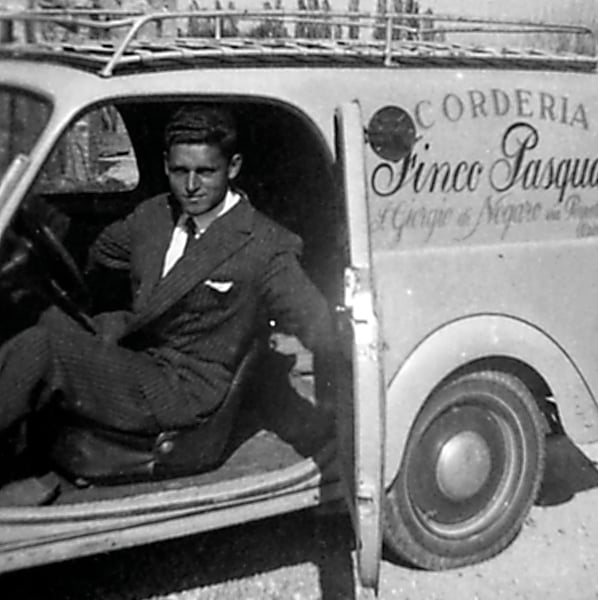 Despite being a small, family-run business, Armare Ropes are operating at the top of their game.

Boasting five generations of knowledge, the traditional ropemaker has earned its place as a leading specialist, and is now proud to be the official Emirates Team New Zealand rope supplier.

But how did this little, local, Italian rope producer make it to the top?

Armare Ropes was founded 200 years ago by the Finco family. Located near Venice, the business began by producing twisted hemp ropes for local agriculture and fishing industries.

In 1929, the business relocated to San Giorgio di Nogaro. This move was strategic: equidistant from Venice and Trieste, two of Italy’s largest ports, Armare Ropes broke into the sailing industry, producing ropes for large sailing and power boats.

Until the 1950s, Armare Ropes specialised in twisted, natural hemp fibres. The hemp was cultivated, spun and woven by hand by the Finco and Furian families, who eventually married in order to grow the business.

The late 1950s saw the introduction of Nylon into rope manufacture. Polyester soon followed, and dominated for the 1960s and 1970s, alongside a move from twisted to braided ropes.

As success grew, Armare Ropes shifted into the leisure sailing market in the 1970s. Soon after, high tech fibres were introduced: Kevlar in 1982, Vectran in 1992, followed by Dyneema and PBO.

But since 2000, the company has been extending its reach worldwide.

And that hasn’t gone unnoticed. The official rope supplier to Emirates Team New Zealand, Armare Ropes secured this relationship for the last edition of the America’s Cup, with great product feedback and a thriving working relationship allowing Armare to continue this into the next cycle.

But what are the reasons behind Armare Ropes’ success?

The prosperous relationship between Armare and Emirates Team New Zealand - as well as other racing teams - has provided a fantastic platform for the technical development of Armare’s racing products, and it is no surprise that Armare’s volume of racing lines has grown significantly over the last 5 years.

In addition, as a small business – with just 32 staff – Armare Ropes are capable of doing things other manufacturers can’t. As a small-scale specialist, Armare is able to create niche, top-end, custom applications which bigger manufacturers are unable to fit into their large-scale production facilities.

Looking ahead, Armare is making moves into the superyacht market; the increasing size of superyachts aligns perfectly with Armare’s history in large vessel ropes, and its ability to adapt and develop custom finishes and solutions is proving beneficial in this market.

Another important product for Armare Ropes is composite standing rigging cables: forestays, backstays, lateral rigging and torsional furling cables. We plan to cover these in a future blog, so keep an eye out on the upffront.com blogs page.

Already armed with Armare Ropes, are or looking to try something new? We have torsional cables, thimbles, rope and other rope-related accessories online now, and we are constantly adding new stock.