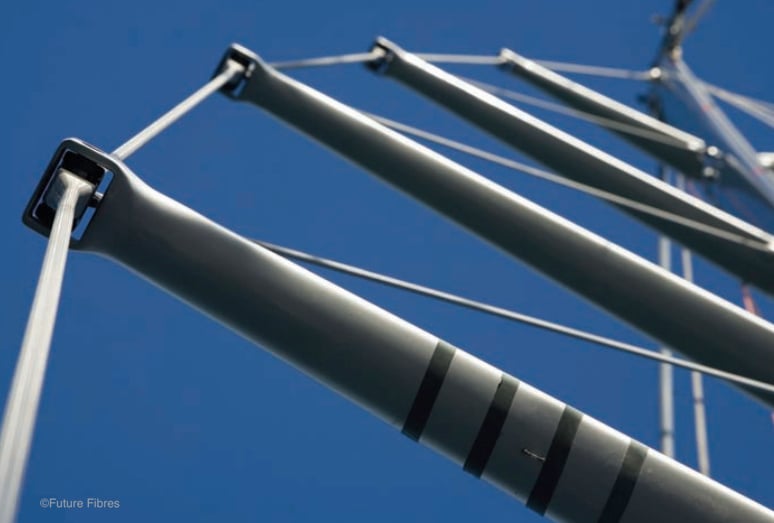 Regardless of material choice (wire, rod or composite), there are two main types of lateral rigging configurations, referred to as Discontinuous or Continuous rigging. In this blog we outline the differences between them, their relative pro’s and cons, and finally the impact of different standing rigging materials.

What is Discontinuous and Continuous Rigging?

Discontinuous standing rigging is where there is a physical junction / termination of the individual shrouds at each spreader tip. For example, at spreader 1 the V1, V2 and D2 are all individual cables which are seated in the tip-cup (N.B. refer to this previous blog article for a description of standing rigging terminology). 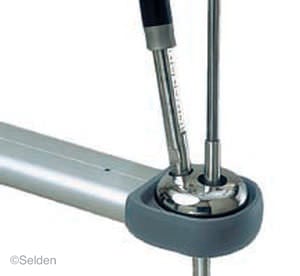 Continuous rigging is where the shrouds run from deck level up to the mast and pass through the spreaders, rather than being terminated. On a mast with wire shrouds continuous rigging is quite common. On small boats with a one spreader rig it is completely logical for the single cap shroud to run from deck chainplate to the top of the mast. On a two spreader rig it is also common practice for the D2 to run down to deck level which means there are two wires making up the V1. 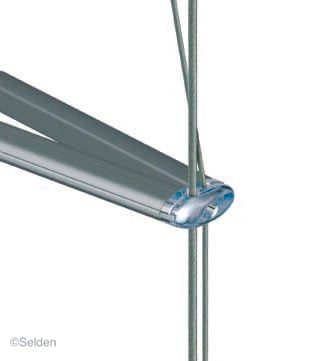 However, with bigger 3-spreader masts, you normally see a transition to a discontinuous setup, or some sort of hybrid. The wire cap shroud may still be full length, but rather than having the D2 and D3 shrouds running down to deck level, they are terminated at the spreader tip. 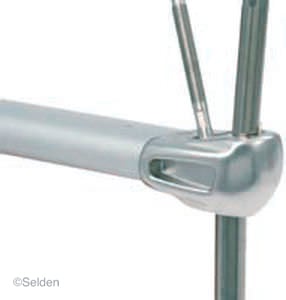 As masts get bigger There are a number of reasons why discontinuous rigging becomes more practical.

The primary downside of discontinuous rigging is the increased weight and cost associated with multiple cable terminations / junctions at each spreader tip.

Wire - We see a split between small rigs (continuous) and big rigs (discontinuous) for the reasons outlined above.

Nitronic 50 rod offers significant performance benefits over wire and dominated the race scene through the 70’s – 90’s. A number of factors meant that discontinuous rigging was the logical configuration:

PBO (Polybenzoxazole - for those that are interested!) was the first, super lightweight, composite fibre rigging material which started to take over from rod, in the grand prix racing scene, during the 1990’s. PBO is a very slippery fibre and difficult to terminate. Cables are built using a winding process where an individual fibre tow is continuously wound around two end terminals, creating a fibre loop to the required strength / stiffness (the more rounds of the fibre, the stronger the cable). As each cable is custom made, this allowed mast designers to fully optimise cable specifications to their individual load requirements. 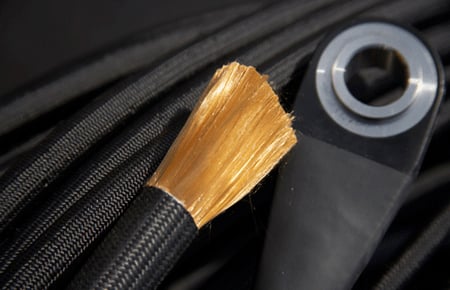 PBO is coilable and continuous rigging is practically possible. However, the terminations are extremely light and the ability to customise cable specs over the rig outweighed the weight/windage of the spreader junctions. Therefore discontinuous became the norm, in all cases except 1 and 2 spreader rigs.

Solid carbon rods are a lightweight version of Nitronic rods and the practical limitations of handling long lengths of solid carbon means that discontinuous is the only option. 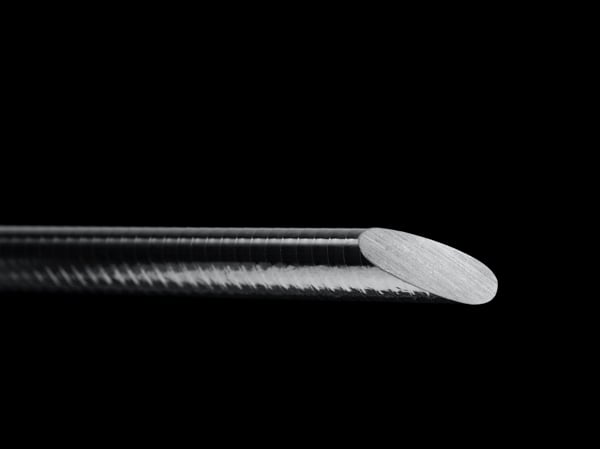 However Future Fibres ECsix / ECthree is made up of hundreds of 1mm carbon rods bundled together which give it enough flexibility to be coiled. The game changer with this product is that the number of rods in the cable can be reduced over its length which means you can optimize the load carrying capabilities of the cable e.g. a larger V1 section which is gradually reduced down as you go up the rig. 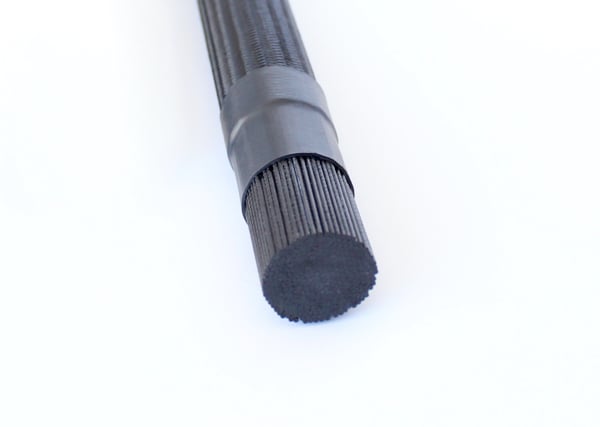 By filling the bundle with resin at the spreader junctions, it becomes a solid, low profile and very stable junction at the spreader tips. This junction also allows the smaller diagonals to be merged with the main vertical. The combination of coilability and the ease of changing the cable specification over its length means that virtually all ECsix rigs, from single spreader through to 6 spreader superyachts, are continuous. 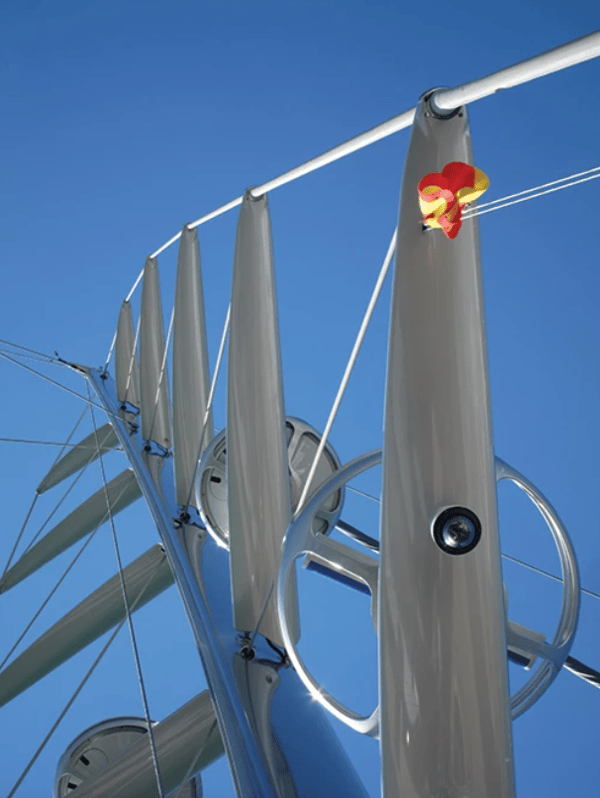 Continuous standing rigging offers the ultimate performance solution however its application is dependent on material properties and the number of spreaders / size of the rig. Practical handling plays a big part in the decision process and there are trade-offs to be made between increased weight and windage of spreader tip junctions with optimising sizes for each rigging cable.

If you have any question about your standing rigging or would like to investigate options for upgrading or retrofitting to improve your sailing performance, please do not hesitate to contact us at support@upffront.com or use the link below: