Ino-ending - The end of the line? 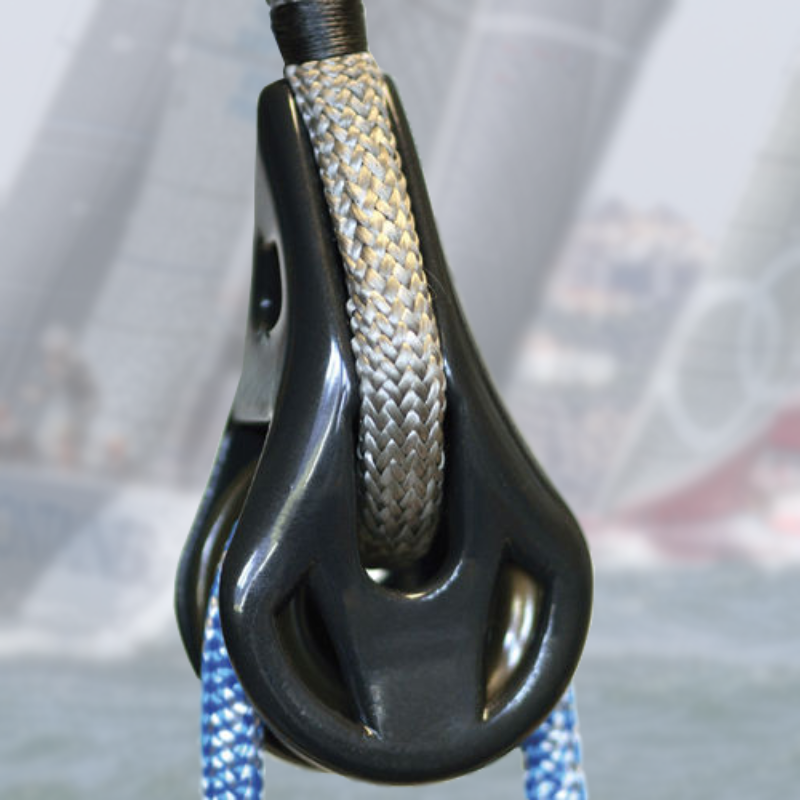 When it comes to the Ino-block range, the manufacturer firmly believes that simplicity is key, and we tend to agree with them.

Based on the same concept as the innovative Ino-block, the Ino-ending block has been stripped of many of the shortcomings of a traditional block. No central metal axle that could warp or crack, no pins or shackles that could shatter, no ball bearings or other complex moving parts. Instead the block has been reduced to three simple pieces.

The Dyneema® rope axle is doing most of the work here. It supports the entire load and threads directly through the aluminium sheave. The slippery nature of the Dyneema® cord means that there is no need for ball bearings to allow the sheave to move freely and the line to run fluidly through the block. A technology that the manufacturer, Ino-Rope, have described as Textile Axle Technology (or TAT).

The spacer is used primarily to ensure that the loop has ample room to pass through the sheave and the Dyneema line does not clamp on to the walls of the sheave which allows it to turn freely. The line is able to integrate fully with the block which means there is no need for an additional connector making the whole system easier, lighter and safer.

The way the block is constructed means that the entire load is carried by the extremely reliable Dyneema® cord, the benefits of which we have spoken about extensively in previous blog posts.

This means that both the cheeks and the sheave are not critical to the block and if either or both were to fail it would not result in a critical failure of the block itself.

The block is also a very low maintenance piece of equipment. None of the elements are prone to corrosion from water nor sun and there is no need to regularly lubricate the connections.

It’s very easy to inspect the block thanks to its open design. Ino-Rope recommends that the axel loop is checked every year or every 10,000 miles.

The design and composition of the Dyneema® rope means that at higher loads the coefficient of friction actually reduces to allow the line to flow through the block more easily.

Where to use a Ino-ending block?

The Ino-ending block is ideal as part of a 2:1/3:1 purchase system at the end of a spliceable line e.g. The bottom end of a single composite backstay which splits into an adjustable bridle. Like all textile axle blocks they are more suited to high load / low speed,  applications.

One important note: the eye splice of the line to the Ino-Ending is critical to its correct installation and it is strongly recommended that this is done by a professional rigger. Having said that, full splicing instructions are available from the manufacturer.

The Ino ending block comes in a range of sizes. To view the full range of Ino-Rope products click here, or email support@upffront.com for further guidance.