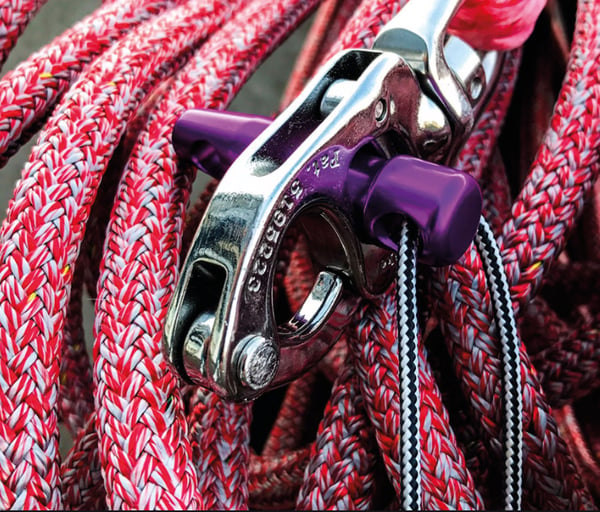 Tylaska Marine Hardware is an American manufacturer of high quality- marine hardware for the sailing and marine industry. Tylaska’s stated aim is to make the best product based upon physics and not economics. They do not cut corners which probably explains why Tylaska products are as highly valued now, as they were 25 years ago. In this blog, we will explain what fids are, their purpose and we will outline the 3 remote operation fids, their uses and how to choose between the three depending on application.

What are fids and what is their purpose

The main application of a Tylaska snap shackle these days is where it needs to be released under load e.g. a spinnaker guy. Any bowman worth their salt will have a spike, or Fid, on their harness for releasing loaded Tylaskas, which will look like the image below

Tylaska fids are machined from solid aircraft 6061-T6 aluminium and knurled for a more secure grip. They are available in 3 sizes for Tylaska T5-12, T20-30 and T50, and anodized in a choice of either blue or red.

The taper of the fid fits all Tylaska shackles and most other brands. The rear through-hole allows easy attachment of a lanyard or wrist leash.

This fid is designed for use by the trusty and fearless bowman who is happy to climb his way out to the end of the pole. However, for those of us where this is a distant memory but who are maybe older and wiser(!) and still enjoy performance sailing……. Tylaska have fids specifically designed for remote operation.

Plug fids allow for the remote release of trigger shackles. The fid is pushed into the trigger hole and the tapered rear of the fid allows the trigger to snap closed again and hold the fid in place.

The fid pries open the trigger and stays captive with the shackle. It can also be used with no lanyard and operated as a ‘handle’ for convenient release. 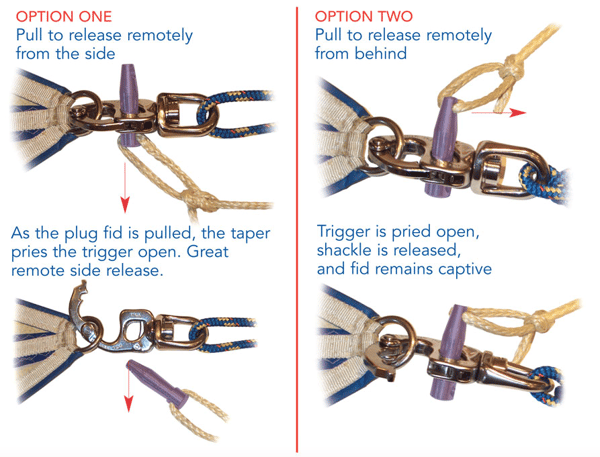 The cone fid does not sit in the trigger and therefore minimizes the chance of accidental release. A lanyard goes through the trigger and sits “in the vicinity” of the shackle until required. There are two types of cone fids: Single and Double cone.

The single cone fids have a recessed area to accommodate a knot at the end of the trip line. When the line is pulled, the fid engages the trigger, releasing the shackle. The single cone is made to be a little bigger in diameter than the trigger hole and will not pass through when the trip cord is pulled. The half cone and trip line stay captive with the shackle once it is released. 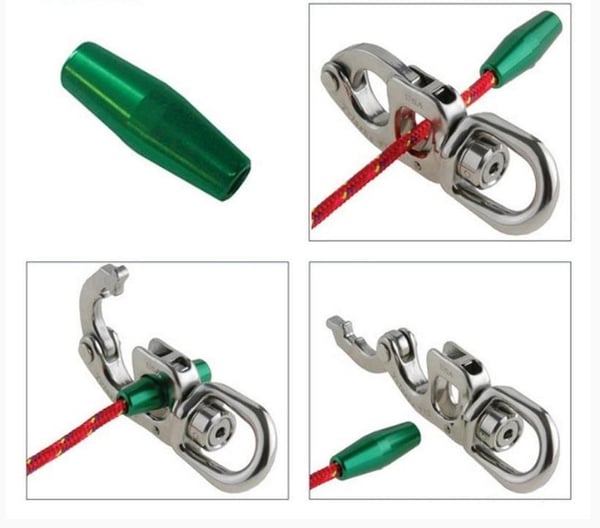 How to choose between the three?

Choosing between them comes down to personal preference, sailing style and the abilities of your crew and bowman.

The single cone is the most basic, but one of the most popular. It is designed to be pulled at 90 degrees to the load direction of the shackle and remains captive after release. The double cone is more popular for industrial applications where you want the trip line to come free of the shackle once the load is released. The Plug fid offers more flexibility in setup with the option to tie off the other end of the trip line for more control of the fid / trip line, post release. It can also be used at 90 degrees to the loaded shackle, or the trip line run back along the loaded line and tripped from the safety of the cockpit.

If you have any questions or would like to know more please get in touch with us at support@upffront.com or browse our Tylaska fids by clicking the link below