Would you trust Dyneema® with your lifelines? 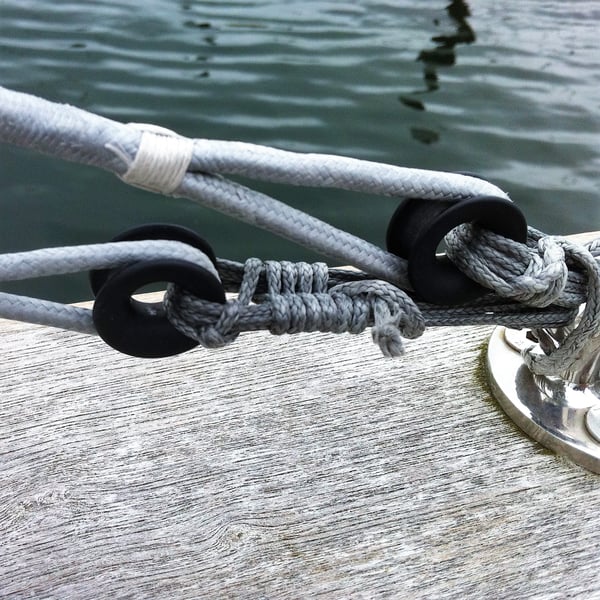 Although often overlooked and forgotten, lifelines are one of the most critical safety components on our boats. Whilst they are something to lean against whilst cruising, or hiked from when racing, their most important role is to act as the last and final attempt to keep your crew member safely onboard your boat.
Lifelines – which are sometimes referred to as guardrails – line the perimeter of the boat. They are designed to absorb and dissipate energy into the deck following the impact of a high dynamic load e.g. the weight of a crew member.

As a result, it is vital that lifelines are set up correctly: they must be properly tensioned (as taught as possible without bending your stanchion, to ensure energy is immediately transmitted to the strongest point in the system – the pulpit/pushpit), fully adjustable and checked annually, with full replacement every 8 – 10 years.

Lifelines are typically made of wire, however, as the sailing industry modernises, more and more people have been converted to the use of synthetic composite lifelines, such as Dyneema®.

What are the advantages of Dyneema® lifelines? 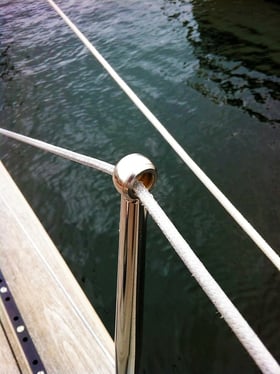 Dyneema® is an extremely lightweight and tough high-tech material that stands the test of time. Formed from HMPE (high modulus polyethene), Dyneema® offers incredible strength for its weight and size. For example, at upffront.com, we manufacture our lifelines from Gottifredi Maffioli’s Ultrawire, and the resulting Dyneema® lifelines are up to 80% lighter and 4x stronger than traditional wire lifelines.

On top of this, Dyneema® also boasts other benefits:

As a boat owner, our Dyneema® lifelines can be really appreciated; whilst the grey colour makes them quietly under-stated, the moment they are touched they will pique the interest of passers-by in the marina!

Overall, transitioning to Dyneema® lifelines provides significant benefits and is a cost-effective and inexpensive upgrade. So, if time is coming up to replace your lifelines, why not give Dyneema® a try? Get in touch via the ‘Running Rigging Enquiry’ below or contact us at support@upffront.com.