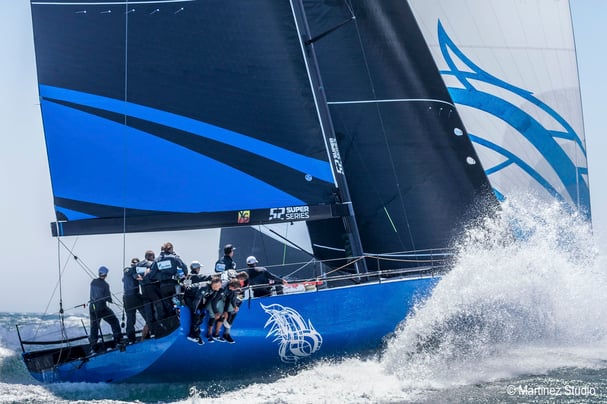 At upffront.com we’re big fans of the Morf Block. The lightweight, 3D-printed block started as a DIY kit and has expanded into two ranges: high performance and high load.

We spoke to the man at the source - Nicolas Goldenberg, from Argentina - who told us about his journey so far, his ongoing projects and the future of Morfrac Systems.

Beginning as an optimist sailor, Nicolas developed a strong interest in the sport, progressing onto laser and then onto bigger boats. ‘What I enjoyed the most was the technical side of sailing,’ Nicolas says.

In 2002, following his passion for sailing, and eager to understand the secrets of yacht design, Nicolas moved to the UK, to study Yacht Design at Southampton University. Soon after graduating, Nicolas began work as a naval architect. ‘I loved the mix of ergonomics, aerodynamics, style, and architecture,’ Nicolas says.

Nicolas’ passion for developing his own designs lead to the founding of G Yacht Design. In 2008, he launched his first boat: a Mini 650. She was the first yacht in Argentina to be fitted with a carbon canting keel and twin daggerboards. The boat achieved great results, and a blossoming relationship with local boat yard Riotecna resulted in the RG650, a series production Mini 650 with units sold all over the world.

In 2016, Nicolas moved to Valencia, Spain, to continue the development of the K8, which was born as a partnership between Australian firm Advanced Wing Systems and G Yacht Design. The boat was designed and optimised for the SRW (semi-rigid wing), and its innovation and performance awarded the K8 ‘Sportsboat of the Year’. 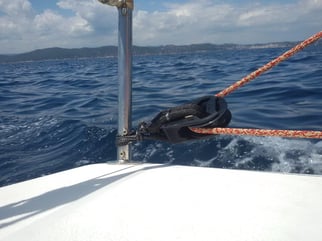 ‘What I enjoy the most as a yacht designer is looking for new and simple solutions. No matter if it is a yacht or a system, I always challenge the design with three main ideas: simplicity, lightness and reliability. This is exactly how the Morf Block started,' Nicolas says.

However, in search of higher performance and production quality, Nicolas’ next move was a partnership with G.L. - Valencia’s go-to machine shop for top-class racing yachts, such as the TP52 teams who are based there, to launch Morfrac Systems.

‘As Morf Block refers to a single product, it was a natural evolution into Morfrac Systems. Now, my team and I are able to take our view further,’ Nicolas says.

G.L. has a wealth of experience in producing high-precision machined parts for the marine industry, with various 3 and 5 axes CNC machines. Their manufacturing know-how and skills enable Morfrac to produce very high-quality products, whilst Nicolas, with the support of the R&D and Design teams, maintains focus on improving the existing products and exploring new horizons.

Growing into Morfrac Systems has given Nicolas the ability to design new hardware and products to complement the Morf Block range.

‘We are developing snatch blocks, using our patented technology, and we are finalising our testing on a range of furlers and swivels that will soon be available on the market. Stay tuned!’ Nicolas says.

Morfrac Systems products are available to purchase now at upffront.com.