Valeria San Giorgio also known as VSG is one of the oldest Italian companies to design and produce lifejackets. Starting in 1926 VSG began manufacturing sails and waxed clothes for merchant ships and then moved on to supplying the navy, where they began to diversify into lifejackets.

VSG has had many partnerships with America’s Cup Teams along with FIV (Italian Sailing Federation), which provided them with the opportunity to be their official supplier during Athens 2004 and Beijing 2008 Olympic Games.

They were also the first company to homologate the inflatable lifejacket in 1995 for the pleasure craft market. Over the years they have continued to grow and specialise in designing and producing technical lifejackets for the most demanding sailors.

Listed below is the core VSG range of inflatable lifejackets for the leisure marine market, starting with the most technical down to their more basic style of lifejacket. 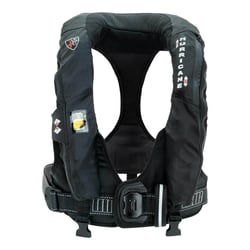 The Hurricane EVO - 160 has been developed thanks to a close relationship with the special forces. It's definitely the most technical lifejacket that VSG produce, with the added bonus of the additional accessories. As the name would suggest, this lifejacket was created for offshore use and extreme weather conditions, but designed for maximum comfort and to be lightweight. Another couple of great features to this lifejacket are the quick release buckle and the safety ring made from HDPE polymer fibres, which is very strong for safety line use. 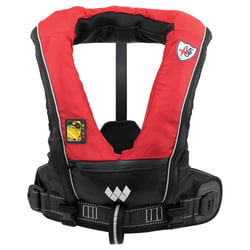 When it comes to the Spinnaker - 180 this has a minimalist design and the added extra of the zip pocket on the front. The quick release buckle has been put to the side and has the safety ring made in HDPE polymer fibres. This lifejacket does not come with the sprayhood, emergency automatic light or the floating knife as standard. 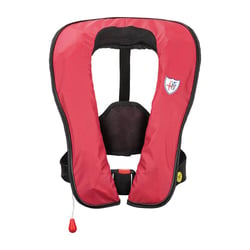 The CE150N Skipper has been developed for those looking for more basic features with a simple plastic (acetalic resin) quick release buckle, rather than the more robust buckle of the Spinnaker and Hurricane versions. This lifejacket also has no safety ring, for harness attachment, so might not be considered for those looking to sail in more extreme conditions.

VSG's long experience and technical expertise make them an ideal choice for anyone looking for a quality lifejacket. They have a great range with lots of variation so you're able to find exactly what you're looking for. If you are in need of a new lifejacket, be sure to consider VSG.