From Clutches to Furling, What We Can All Take From The IMOCAs - A Conversation With Oliver Heer Ocean Racing

The IMOCA class has long been at the forefront of technological development in deck gear and rigging systems. Many of the performance products we promote at Upffront.com have originated in the French offshore racing classes before filtering down to the wider cruiser / racer communities.

We chatted to Oliver Heer Ocean Racing after completing the Route Du Rhum and delivering his IMOCA back across the Atlantic to France. Ollie talks about his campaign and planned hardware upgrades for the winter including the importance of a good autopilot, the benefits of continuous line furling, constrictor clutches and more.

Growing up in Switzerland, Ollie began sailing on the Swiss lakes, competing in the Optimist class. After finishing his studies, Ollie moved to Hamble in the UK to take his Yachtmaster and become a professional sailor. Ollie joined Alex Thomson’s Vendee campaign in a technical role in 2018 and subsequently became boat captain for the final Hugo Boss IMOCA.

Your pathway into the IMOCA was not the traditional Figaro / Mini route but in fact you already have vast experience on these boats. How important is that for launching your own campaign?

On the IMOCAs I have done just shy of 60k miles so about 2.5 times around the world. These boats rely on a lot of technical ability to fix things and keep going. But it’s not just the detail systems knowledge, it’s also when sailing that you understand the boat and listen to and feel the boat so you know when it’s still alright to push or if its time just to slow down a bit. I think my experience with Alex gave me this.

You have qualified for the Vendee Globe by completing the Route Du Rhum but of course it wasn’t plain sailing as you suffered a collision and had to make repairs before restarting. That aside, what has the race taught you about the boat, features that work and things that need to be improved to make life on board easier?

As soon as I was able to re-join the race I was hit by two serious frontal systems, upwind in over 50 kts with quite significant sea state. So to be able to withstand these conditions shows me that structurally the boat is very sound. Then I had some pretty serious electrical issues which looking back is great in a way because it has identified a weakness of the boat. Now is my opportunity to find and resolve all the issues. In 2 years time the boat has to be in a state that I can confidently hit the start line knowing the systems will last 23k miles. 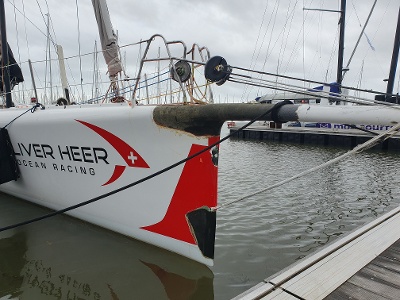 After suffering a collision, Ollie had to return to shore to make repairs before re-joining the race

Can you name one item that makes the biggest impact to improving life on board?

The autopilot. For a singlehanded sailor, the autopilot is like a second crew member and either you sail with a monkey or with a brilliant helmsman. The most obvious gain is sailing performance but also mentally for me if I know the autopilot is safe then it’s much easier to go below and get 20 minutes of rest.

You have a substantial refit planned for this winter, can you run through some of the most important upgrades you will make?

The priority is the electrical system. I have a good agreement with B&G and I’m looking forward to installing a second H5000 system on the boat for redundancy. This means if one system fails I can immediately switch over to a backup.

Next, the rigging. We have a lot of friction in our running rigging and wear on the ropes even after just a couple of thousand miles. At the top of the pit tunnel is a carbon wall to prevent water flooding into the cockpit but the alignment of the holes where the ropes run through is just wrong. It’s very ambitious to line up all these holes perfectly so I will need to redo this. 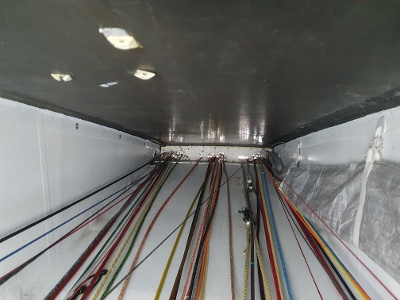 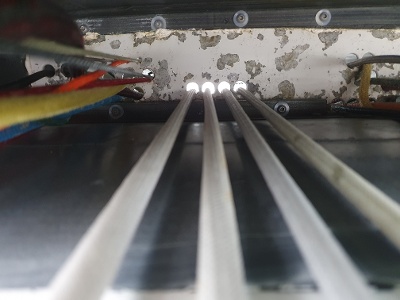 When sailing these boats solo, each manoeuvre is quite exhausting. Hoisting or furling a big gennaker is hard work and every bit of friction just multiplies the physical effort. If a rope is damaged, that means it is chafing somewhere, if it’s chafing there is more friction and more friction means more work for me to do the manoeuvre. So reducing friction is really important.

Then in the pit I have 3 different kinds of jammer which is not very smart in terms of the number of spare parts needed. We will change all clutches to constrictors; they are much less weight, simpler and cheaper. 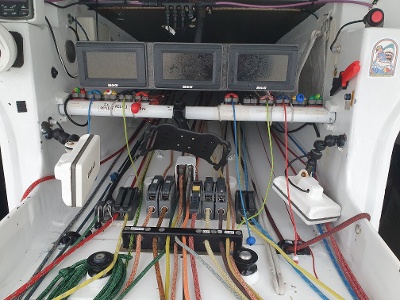 Ollie plans to replace all pit clutches with Constrictors

At Upffront.com we are always promoting the trickle down of soft solutions to cruising boats. Soft shackles, constrictors etc can often be cheaper, lighter, easier to handle and less maintenance. What else can the rest of the sailing world adopt from the IMOCA class?

Lots of things. Particularly furling gear. Cruising boats normally use a single line furling system which I believe is becoming more and more outdated. Having an endless line is so much easier. Most brands produce endless line structural furlers now which are so much simpler. 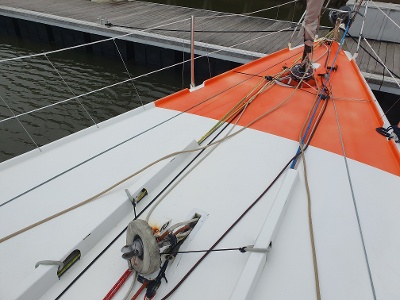 Also top-down furling. As I start to change sails and have to buy new ones I will start to integrate top-down furling. One of the biggest nightmares you can have is a furled sail up in the air which starts to unwrap at the top of the leach because the furl was too loose. If you know how to use top-down furling it’s much easier to handle. Also nowadays with structured luff technology, top-down furling sails produce better sailing performance.

Give us a brief overview of your plans between now and the Vendee and what we can expect to see from OHOR after 2024.

Since buying the boat half a year ago we have done 13k miles and it’s now less than 2 years to go. I aim to take part in every IMOCA race between now and the start of the Vendee Globe. The plan is to sail at least 23k miles in between two big refits so I can be sure that all systems will last for a circumnavigation.

I am in this for the long game. They say the first campaign is always the toughest. The aim is that I will compete in 2028 and beyond and at some point have the funding to build our own boat. The IMOCA class gives you so much freedom and having the ability to design and build your own boat is I think everyone’s dream.

We look forward to seeing some of the upgrades Ollie makes over the winter and we plan to report back in the spring to look at some of the new systems on board.

If you would like to upgrade your clutches or need help selecting the right furling gear please get in touch.

back to list
Furling, Clutches and Organisers, Deck Organisers